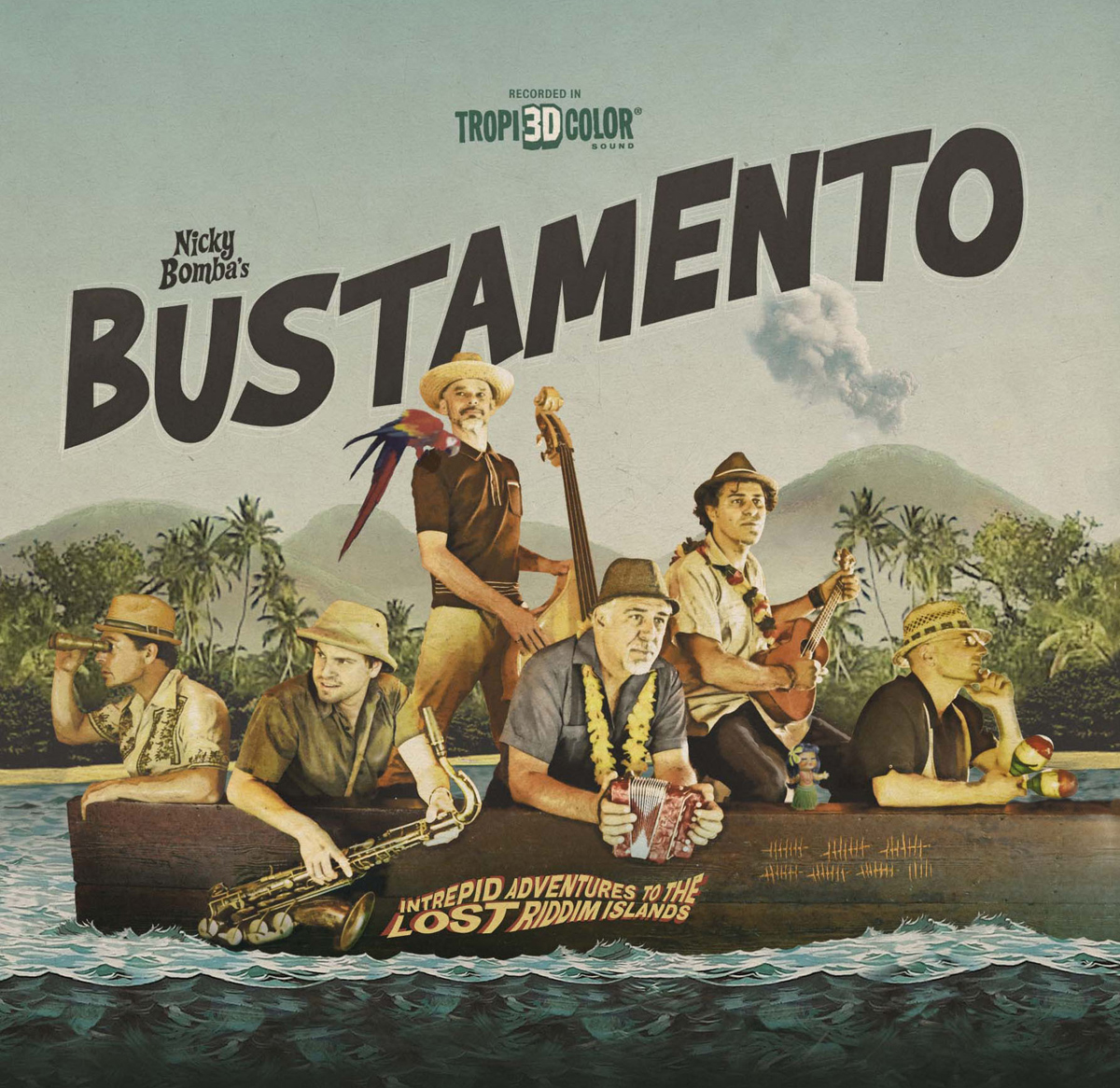 Nicky Bomba has jumped on his musical boat again to deliver a party filled island adventure with his new band BUSTAMENTO.  Their new album “Intrepid Adventures to the Lost Riddim Islands”, finds Nicky sourcing both classic and rare tunes whilst writing a whole swag of new songs in keeping with the form, covering the Calypso, Mento, Early Reggae and Ska styles.   Recorded using old school techniques by award winning engineer Robin Mai and produced by Nicky Bomba, the songs were played live to capture the chemistry of the band which has existed in many different forms for over 15 years.

Nicky recently received the highly prestigious Music Fellowship Award from Australia Council and this album is one of many planned under that banner. As conductor of the Melbourne Ska Orchestra, drummer for the John Butler Trio, leader of Bomba and now with BUSTAMENTO, the next couple of years spell an exciting time in his musical journey.