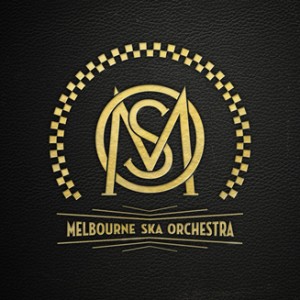 In 2003, the time was right. A world-record attempt to have the largest number of horn players on stage at the same time playing the ska-skank saw a slew of musicians take the stage at St Kilda’s Gershwin Room, and although nobody remembered to check if the record had actually been set, from this sold-out performance the Melbourne Ska Orchestra was born. Assembled from some of Australia’s preeminent names in Ska and Reggae and fronted by inimitable frontman Nicky Bomba (Bomba, Bustamento, John Butler Trio), the soaring popularity of the band is seeing the MSO fast becoming a fixture of Australia’s musical landscape.

Now, after more than a decade of sold-out shows and electrifying festival appearances the MSO has come together to produce a different kind of record. Their ARIA-nominated self-titled debut album showcases the versatility of a genre that has influenced some of the most venerated names in music, from Bob Marley to Gwen Stefani, as well as demonstrating a uniquely Australian vision of the exuberance and freewheeling colour of contemporary Ska.

“I’ve always thought Ska was one of the most universal forms of music”, reflects bandleader Nicky Bomba, “I’d always had it in the back of my mind that when people heard it they would be instantly converted, but what I didn’t expect – like our first Bluesfest gig, for example – was that by the time the second gig came around word of mouth had really spread, and the audience was just massive, people dancing as far as you could see. I think the combination of the joy you get from the music and the activity that happens on stage – having thirty people on stage at once is its own wonderful, uncontrollable mayhem – is quite a spectacle”.

With this combination of on-stage energy, the support from a rapidly swelling fan-base and the encouragement from a record company, studio time was booked and the first steps towards recording an album were underway. Given the MSO is already composed of some of the finest Ska and Reggae musicians in the country, finding the right talent for such an undertaking was never a problem. How to capture that live atmosphere, however – that raw feel-it-in-your-bones energy – was the next concern, and it was solved simply by allowing a group of people united by their love of performing to sit down and brainstorm until the sound was right.

Sound engineer Robin Mai (John Butler Trio, Augie March), Nicky’s long time partner in sound crime, was a vital part of the process, experimenting with mic placement until the sweet spot became apparent. “We always knew” says Robin “that the secret to getting it right was capturing the harmonic energy in the room when the instruments combined. That was our first port of call when mixing the album too”.  The pair were subsequently ARIA nominated in ‘Engineer of the Year’ category for their efforts on the album.

“I have never experienced a recording session like it”, says trombonist Kynan Robinson, “full of passion, energy, positivity, generosity, incredible musicality but, most importantly, a collective love of Ska. Ska in all it’s different and diverse forms – a perfect metaphor for this orchestra. What an amazing experience this band is.”

Fellow trombonist, Wally Maloney, agrees. “The process was a new experience for me. Usually when you’re a horn player in the studio, it’s lots of waiting around to overdub parts. Instead, the method we used was everyone, all 25 plus of us in the same room the entire time. Nicky would sing the horn line, tell the rhythm section the chords, give us two minutes to work it out and hit record. Bam! Done. We were chugging through 7 or 8 songs a day, songs that didn’t exist in the morning, were finish products by that night.”

“There’s a lot of love there right from the start, and that counts for a lot”, Nicky explains. “[We’re] all working musicians, and all understand that putting together something like this takes a lot of work, a lot of planning and a lot of respect for both the music and the process. It’s also very fresh. We haven’t just finished six years of touring and are at each other’s throats, so the whole thing felt like the start of a relationship. You have your honeymoon period…  So I did my homework. I wanted to be as professional as possible, almost as a way of respecting that no one was going to get paid a fortune for this, so the more work I can do, the easier the recording process. As a result, a lot of the band came up to me and said, ‘That was actually the best recording experience I’ve ever had.’ It was a really clean process. These musicians, I have such respect for them and their expertise, so there was always the idea of further expanding ideas once we stepped in the studio, to take a section of song and try something new with it. That’s where the magic happens.”

The resultant magic is an album that is brimming with unexpected arrangements and seductive harmonies, of powerful horns and foot-stomping drums. Each song is like a vignette from a Ska-infused storybook, full of cinematic colour and characters bursting to life from every verse. This debut from the MSO isn’t just about painting a world reflected through Ska; it shows us loud and clear that Ska has been here all along, and is just waiting for you to get up and dance. There are stories on the album both dangerous and seductive, celebratory and sad, and this was a deliberate aspect of the record’s composition; to not only get you swaying to the music, but to whisper a story in your ear at the same time. As recent addition Rebecca Ari says of her experience recording here, “It was a privilege to contribute to this record and play the storyteller on a couple of timeless compositions. Always an honor to share the stage with 30 seasoned performers – what MSO does, live and in the studio, is an education for all who experience it.”

The songs on the album are a mixture of original Bomba compositions and 2 collective ThinkTank sessions organised specifically for the recording. Nicky elaborates even further on the importance of each song being a unique-yet-related story; “I see each song as connected by the Ska thread, but has it’s own flavour. It was important that we were offering something new to the form so we experimented with hybrids to make our stamp. I wanted different elements, for each to have its own energy, and when you’re working with an entire orchestra there are so many elements you are able to play with, so many more possibilities. For instance, Lygon Street Meltdown is very much about the old Melbourne underbelly, about gangland vendettas and murder on the streets, and so that infuses its character. It starts with what’s almost a funeral march, and then suddenly kicks off as the action erupts.”

Just as each song is woven with the same ska-thread, so too are vocals shared between tracks, perhaps best represented by the ensemble piece, The Diplomat. “I wanted everyone to get the chance to shine”, Nicky emphasises, “We wanted to have a varied record, and part of that was finding whoever’s voice was best suited to a particular song. There’s a song called Time to Wake Up with Pat and I doing a duet, and you can’t tell who is who half of the time. Collaborating with such seasoned musicians you find that you start getting this depth, this atmosphere, this human element where unexpected things are popping out left, right and centre, much like the rawness of everyday life.  We really wanted to draw that human element out for this album. It’s not two-dimensional, there are a lot of variants. I think that’s a beautiful thing”.

This self titled debut album from the Melbourne Ska Orchestra is the culmination of years of passion and performance from one of the most energetic and inspired ensembles currently winning over audiences right across the country. This is music at its most entertaining; vibrant, surprising, and with a beat to shame the Devil. This is Ska.

“The Best Things In Life Are Free”