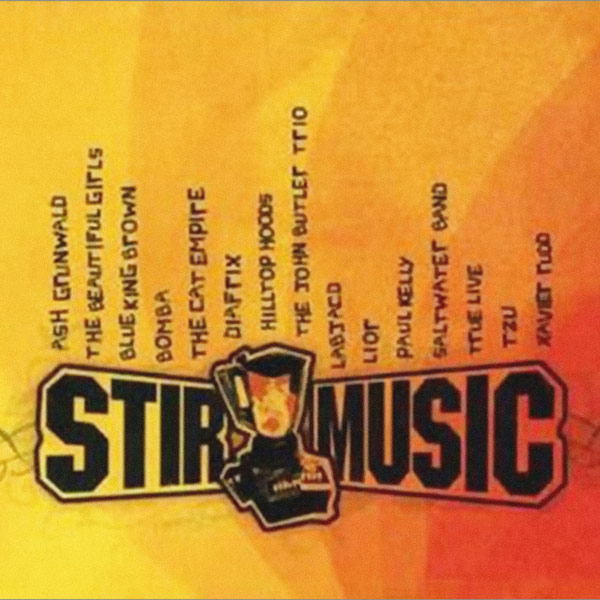 Featured on the ‘Stir Music’ compilation, ‘Hold Your Ground’ was written and recorded in support of the unsung heroes of our old growth forestry campaigns.

‘Stir Music’ is an initiative of musician Nicky Bomba and Skye Riggs, who at the time of conception was the Director of Vision Generation South Australia. When Skye interviewed Nicky for Vision Generations global issues radio show, ‘Stir Radio’, there was an immediate connection between them, and they set about collaborating to further bridge the gab between young people and their understanding of global injustices around the world. The final product was a compilation CD aiming to raise awareness through music for the current global injustices in the world. Both Nicky and Skye are strong believers in the power of music upon our conscience. “Musicians are a really valuable alternative political voice, because they are not tied to a specific political agenda. Their audience already identifies with them, so there is immediately a built-up trust.” says Skye. With this in mind, she and Nicky set about the task of assembling a suitable lineup for the task. “It was very important to me to get a broad range of genres. This meant we could reach a lot of different subcultures and expose these ideas to a lot of different groups of people. The whole idea behind the CD is to give more people the opportunity to find out that we [Vision Generation] exist, what we do, and how they can get involved. So many people want to do something but just don’t know how. It’s about the first step; the CD is a great introduction.” Of course, being set the task, Nicky rounded up his musical friends and produced what was the cream-of-the-crop in Aussie Music to participate in the project. Featuring artists such as Hilltop Hoods, Blue King Brown, John Butler Trio, Paul Kelly, Lior and Bomba, each artist was asked to contribute one song of their choice, accompanied by a vision statement for the project. “Something I’m really interested in is how musicians are used to popularise and promote ideas, but I hate the way they are used tokenistically. Nicky and I were discussing how artists could be used in a more genuine way and have a more active involvement in the production. Eventually we came up with the idea of producing a CD where each artist could contribute their own vision, giving then an opportunity to say what they’re passionate about.” The vision statements can be accessed via the Stir Music website and give a really interesting insight into the particular issues that concerned each artist. This CD gave musicians the opportunity to voice their concerns and own vision for our world, as well as providing young Australians with the opportunity to engage in global issues in a way that is meaningful, digestible and fun.