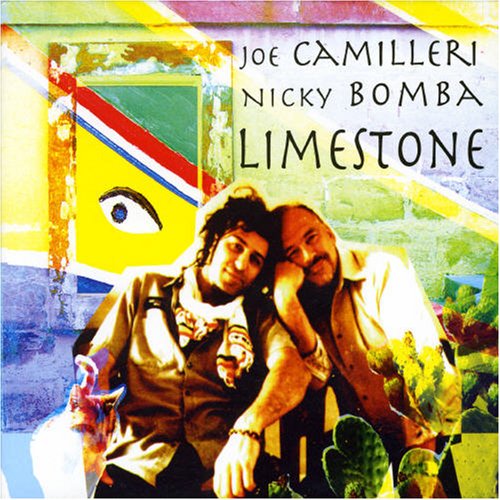 When Joe Camilleri and Nicky set up Transmitter records in 2000 they saw it as a vehicle to produce and release the music they loved. It was inevitable then really that they would hit the studio together at some point and produce a CD that captured their passion for music, their Maltese heritage, and the incredible musicianship that they both exemplify. Featuring songs that had impacted their lives or moved them, such as Bjork’s ‘Human Behavior’ and Dandy Livingston’s ‘Suzanne beware of the Devil’, the lads duck and weave through rock-steady leanings and funky workouts and overall, delivering a cruisy take on some older tunes. The track ‘Iris (Why don’t you feed us?)’ gives an insight to Nicky’s personal history, telling the real story of his Mum’s (Iris) life from growing up in Malta to settling in Australia…at the mercy of a hungry household! On top of this, the boys composed a few original tracks, including the title track ‘Limestone’ as well as some others including ‘Miracle’ and ‘Transmitter One’, which act to bind this record into a remarkable tribute to the jovial Mediterranean lifestyle they both love.